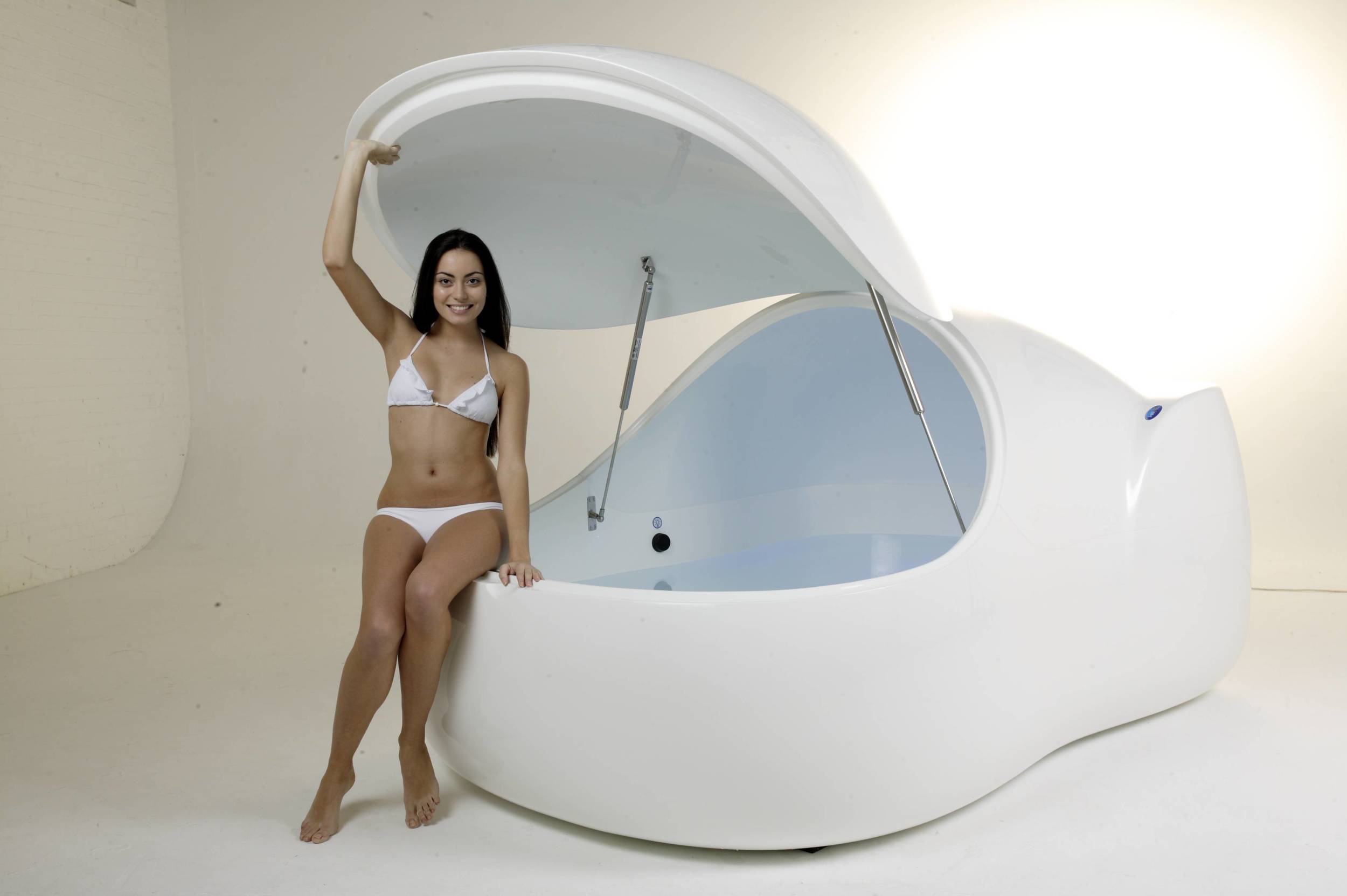 When was the last time you went without any form of distraction? Not counting when you’re asleep, of course. But even then you spend some time dreaming.

If you’re anything like me, and I’d wager you are, you get distracted all the time. Whether it’s checking your phone, browsing the Internet, or even driving past billboards, there’s always something crying out for your attention.

Our conscious minds crave this information and distraction. And now, more than at any point in history, we have an abundance of it. Think about it, whichever device you’re reading this on, the entire history of recorded human information is just a click or tap away.

It’s heralded as progress and a wonder of human intelligence. But how much distraction is too much?

For me, I noticed that my behaviour’s changed in recent years. I think connectivity has reduced both my concentration levels and creativity; made me more anxious, and perhaps even left me more isolated. So, the word connectivity seems quite a contradiction.

Picture it this way: imagine your conscious mind is a bath, and information and distraction runs from the tap. If you leave the tap running, not only will the bath fill up, soon the whole bathroom (your entire being) floods. And floods cause damage.

So I decided I needed to find a way to redress the balance. I didn’t know what I was looking for or where to find it until I heard some podcasters raving about a fringe activity…

If time spent alone in a dark weightless infinity without any external stimulation sounded appealing enough, then its supposed benefits to physical and mental wellbeing sealed the deal. It sounded like the perfect antidote.

I had to try it. I booked an hour session at Float Level. It went so well that I booked another. And then a few more. Looking back now, I realise that floatation’s had quite a profound effect on me. Read on, I’ll share some of my experiences with you.

I arrived to find Float Level housed inside Chips, one of Manchester's more colourful and eccentric buildings. Yet the interior was jarring by comparison. With pale white walls and relaxing music playing, it was clear that Float Level chief Chris had made every effort to set the right tone for clients the moment they enter.

And everything I needed was already taken care of, with a towel, earplugs, slippers and shower gels all provided. With no need to prepare, all I had to do was turn up. It’s a subtle and smart move, because it allowed me to focus on one thing only: the float session.

I couldn’t wait to get started.

After Chris ran me through the floating basics, I entered the pod and turned out its (rather cool) lights. Soothing music played complete with gull sounds and lapping waves. The body temperature salt water supported me and, after months of work-related stresses upon my body, tension eased from my neck and lower back like air released from a ready-to-burst tyre.

After 10 minutes or so, the music faded and I found myself surprised to greet the silence like an old friend. I tried to clear my mind’s chatter by focussing on my breathing. Floating’s lack of sound, touch and vision made it easier than I’d expected, and I was soon able to let go.

Some way into the float, something startling happened that I hadn’t expected. I had my eyes open in the pitch-blackness when, out of nowhere, purple blobs appeared in the left side of my vision and swirled clockwise in a looping lava lamp pattern. It only lasted about ten minutes, but it was great fun to watch.

After an hour of supreme relaxation, gentle music seeped into the pod to signal the end. I climbed out and noticed a strange post-float feeling. I was enveloped by warmth, colours seemed brighter, and I felt a lightness of being.

Enjoying this sensation, I headed to the recovery area and found a glass of crisp, iced water waiting for me—a thoughtful touch. I chatted with a fellow float enthusiast about our experiences, and I mentioned this wondrous post-float feeling. He knew exactly what I was talking about, and labelled it with two small-yet- perfect words:

At the time, I couldn’t quite put my finger on what was different (that would come after my next float), but the Glow stayed with me into the evening. I felt calmer; less inclined to use technology, and had no desire at all for a Saturday night beer or two. I felt better.

So after just one visit to Float Level, I’d reduced my aches and pains, saw unusual visuals in the pod, felt a post-float Glow, and enhanced my mood and wellbeing.

Not a bad start. I couldn’t wait to return.

Despite the many benefits I felt after my first Float Level session, the purple visuals in the pod had the most lasting effect on me—just because it was so unexpected. I hoped to see them again during my second visit, but it wasn’t to be.

However, colour did play an important part. I’ll explain.

I arrived after a long, hard and stressful week at work. Only when I got in the water did I realise that my body felt like a rusty spring ready to snap, but the float worked its magic and washed away the tension from my neck. Then, it led me to the exact place I needed to be:

On the bridge between wakefulness and sleep.

Strange dream-like scenarios peppered in and out of focus. I became completely unaware of time and space, and I entered a deep state of comfort and relaxation. After what must have been an hour, but for all I knew could have been 5 minutes or 5 hours, the music signalled the end.

When I emerged, I could feel the Glow swell through me, and I saw vivid colours in the pod lights. In the recovery room, I sat alone looking out the window as the winter afternoon sun sank lower and blanketed the city in amber.

I noticed a tram stopped at the nearby station, and its yellow décor looked brighter than usual. People seemed to flow onto the platform in slow motion, whilst kids played on the canal locks and people passed by. I smiled to myself as I came to a realisation about the Glow:

It’s experiencing life in the moment.

It felt incredible. The effects of the float session gave me a real appreciation of, well… everything. No fears, no worries, no regrets—just contentment with the now.

Travelling home, I felt relaxed moving through the city. I saw colour and beauty in the things I'm usually oblivious to, like Manchester’s red brick Victorian arches, the bare brown trees of winter, and even emerald patches of roadside grass.

Back home, I felt a sense of returning creativity. I wanted to write about my float, and I made some notes.

Maybe I’ll use them later, I thought.

After a few more Float Level visits, one particular session sticks in my memory. It went like this. I settled into the float straight away. My thoughts quietened much quicker than in past sessions, so I knew that floatation’s cumulative effects were working.

Once again I saw no visuals whilst in the pod, but this time there were tactile sensations. The float seemed to massage the top of my head and temples, and I felt a pleasant tightness in my jaw.

When the float ended and I got out of the pod, the Glow felt a lot lighter than after my earlier sessions. I'm afraid to say that I felt a little disappointed at the time… but I'd reacted too soon.

Resting in the recovery room, things began to happen.

There, on the wall, is a print of a painting by Alex Grey called Sacred Mirror. I’d noticed it before, but hadn’t paid too much attention to it. This time, I became transfixed by it.

I concentrated on the painting’s patterns. They made gentle movements as if they were breathing, and I saw ever-changing circles and arches and shapes I don’t even know the names of. They started small, grew large, and then turned into waves. The patterns became clearer and the ‘breaths’ deeper.

In a flash, the room shone with a pastel white brightness, as if a thin layer of cloud surrounded me. It was incredible—euphoric, even. I kept looking at the painting, willing the blissful experience to stay alive. In time, it began to fade.

I hesitate to use the term ‘psychedelic experience’ because it turns some people off—and I don’t wish to deter anyone trying floatation—but that’s what happened to me, and it’s the best description I can muster.

I hadn't realised floating could do that. I’ve floated several times since, but it’s yet to happen again.

But there, I think, is an important feature of floatation…

I never have the float experience I want. Rather, the float gives me the exact experience I need (though I only come to understand it once each session is over). So it seems that floatation works for me on the subconscious level.

And since I started, I’ve rejuvenated my creativity. I look after myself better. I have more energy. I’m more outgoing. I’d go as far to say that I feel happier.

Don’t get me wrong; floatation is no ‘miracle cure’ for every ailment. This is just my honest assessment. And though I don’t expect your float experiences to be same as mine, I’m confident that you’ll come away feeling in some way better.

You may find something you don’t even realise you’re missing at Float Level. I did.